The Shortsightedness of Arrogance 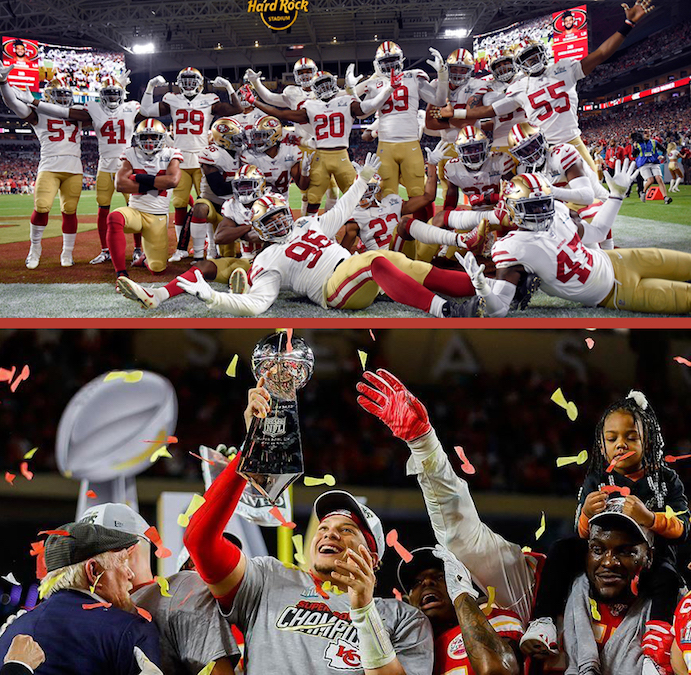 With just 12 minutes to go in Super Bowl LIV (54), the 49ers, who were up by 10 points, intercepted a pass. They already had the momentum — now their offense had the ball and would presumably score again and put the game out of reach of the Chiefs. At least that’s what the 49ers thought.

After the interception, the whole 49ers defense ran to one end of the field to brag, dance and get some feel-good from the crowd’s attention and adoration. Eventually, they ran, jumped and danced their way back to their sideline. While the 49ers were celebrating being on the cusp of winning the Super Bowl, the Kansas City Chiefs went to work to actually win it.

Congratulation, Kansas City! You didn’t indulge your fears, anxiety or frustrations as it was looking bad and your adversaries’ extraordinary celebrations told you to believe that it was over. You kept your eyes on what you wanted and with disciplined effort and focus, achieved your greatest goal. Not only are you Super Bowl champs but with such a character-based win, your team has a strong foundation upon which to stand next season. You inspire me to remember that when it’s time to handle something, I should rely on a quiet confidence, keep my head down and do my work — regardless of the odds, my fear or who’s against me. You exemplify what, deep down, we all believe: that character alone is success; and as outward success comes, that success is all the sweeter.

San Francisco, I’ve done the same thing. I’ve traded my potential and likely victories for a moment’s pleasure and its seductive promise to stay with me and never hurt me. It’s a destructive lie — regardless if the promise is made via an arrogant display of our “greatness”, over consumption of food or alcohol, a bit of rest or a thousand other mediums. At the 12-minute mark, you exchanged years of hard work and a likely Super Bowl celebration for a shortsighted, 45-second, arrogance-driven moment in the sun. If you’ll develop your humility, capacity to focus and discipline to play until the final whistle — if you’ll leave the dancing and performing for the halftime act, if you’ll learn the lesson the Chiefs offer — though you may or may not win a Super Bowl, who you’ll become as men will far eclipse every shadow you’re now walking through — and that character will provide you a life worth celebrating.